Philadelphia attorney Kevin Hyer was 39 when he tried methamphetamine, quickly became addicted and nearly died. He had no history of drug use. After undergoing treatment and entering recovery, he established the Hyer Calling Foundation to help address the stigma associated with people suffering from addiction and their journey back to employment while recovering. 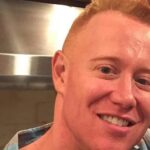 “Addiction is a family illness caused by mismanaged emotional pain,” said Hyer, who is gay. “By telling my story as an advocate working to break down stereotypes of meth addiction, the Hyer Calling Foundation raises funds to provide those in recovery with the hope, purpose and identity that only a career offer – and replace the void previously filled with drugs and alcohol.”

According to a research paper by Dr. Beth Han of the National Institute on Drug Abuse, “U.S. age-adjusted drug overdose death rates involving methamphetamine have increased nearly 5-fold. between 2012 and 2018”.

And in a 2020 New York Times op-ed, Jim Mangia, president and CEO of St. John’s Well Child and Family Center, wrote that “an overwhelming majority of the patients we treat in our substance abuse programs are drug addicts.” to crystal meth. Because methamphetamine addiction disproportionately affects gay men, it has not reached the level of priority and intervention of other addictions.

With rising polysubstance use, state agency will ‘expand’ attention to opioid epidemic

“That’s one of the things I get the most satisfaction from, helping someone get into a specific organization that I know will be sensitive to recovery issues,” Hyer said.

Hyer has also partnered with the International Coaching Federation to offer coaching after a client’s first year of employment. Volunteer coaches help clients deal with challenges that may arise on the job.

Part of Hyer’s message through his work at Hyer Calling is that despite stereotypes, addiction doesn’t discriminate – it can happen to anyone. It works to eliminate harmful misinformation and misunderstanding related to drug and alcohol addiction.

“I go out there and try to say that even a lawyer in a big city in the Northeast can have a meth problem,” Hyer said. “This thing crosses all horizons. When we don’t talk about it, it makes things worse. If you fit the stereotypes, and some people do, we internalize them – “you’re just a tweaker, you’re just a junkie”, that sort of thing. You rise to the occasion and internalize it. And if you don’t adapt to it, you may not think you have a problem, but you do.

Hyer believes that being employed gives people who have experienced addiction a reason to live, which ultimately lowers their risk of relapse, he said.

“You have to give someone meaning and purpose in their life. We can’t guarantee the future, but if someone is rebuilding their life, giving them a job is definitely a great way to do it.

Hyer’s work is unique in that the resources he provides cannot be replicated by simply having insurance, he pointed out. Insurance will not help a person re-enter the labor market or regain their skills.

“Our success stories are people who are placed in employment,” Hyer said. “It’s a reason to live, it’s a meaning; its goal; you feel human again. The pain you had before [when] you used to treat yourself with drugs or alcohol tends to drop and you have regained that self-respect and that dignity.

Michele Zipkin is a reporter for the Philadelphia Gay News, where this story first appeared.

The Philadelphia attorney found his higher calling by starting an organization to fight the stigma of drug addiction. It first appeared on Pennsylvania Capital-Star.

How to become a lawyer

High School Opportunities for Pre-Law Students Opportunity U: So, you sort of touched on that, but going a little deeper, as a high school student, which classes would be important? You mentioned that in college you can major in anything, but in high school you’re a bit more limited. Joe: For high school students, I […]

An international human rights lawyer has denounced the Chinese regime’s efforts to defame reports of forced organ harvesting from prisoners of conscience in Beijing. After Italy’s Panorama magazine published an August 24 article titled “China: When the State Wants Your Organs,” the Chinese Embassy in the country publicly accused the publication of plagiarism and called […]

Children’s theme park Sesame Place is facing new charges of racial discrimination. A Baltimore family is now suing the amusement park’s parent company, SeaWorld, for $25million after a father alleged his daughter was ignored by several costumed characters at a meet-and-greet event in June. This lawsuit comes after a separate incident where a video went […]