Pay inequality and the pay gap between female lawyers continues to be a major problem in the Canadian legal workplace, says a recent report by the Canadian Bar Association, although it is difficult to quantify due to the lack of transparency surrounding the remuneration of lawyers.

The report found that firms’ and employers’ lack of transparency and explicit privacy policies, coupled with individual lawyers’ reluctance to discuss compensation issues, are formidable barriers to identifying pay disparities in the practice of law. straight.

“It’s a persistent problem that has certainly been sparked over the past five years,” said Carly Romanow, chair of the CBA Women Lawyers Forum (WLF), the driving force behind the report, Pay Equity in the legal profession. “It’s an issue that’s not really well understood because there’s a lack of information about what’s going on, both in the public and private spheres of the legal profession. We hope to spark conversations and inspire institutions to think about what they are doing or not doing to address pay inequality with the legal profession.

The report, based on a roundtable and a survey, points out that there are no quantitative studies in Canada that have been able to examine the issue of wage disparity in the legal profession. It’s not like the WLF didn’t try. In 2018, the WLF conducted a survey of partner compensation for Canadian law firms with more than 50 lawyers, but was unable to obtain compensation data to determine the existence and extent of the gender pay gap, the report notes.

But reports in other countries like the US and UK suggest the gender pay gap in the legal profession is a problem. The Law Society of England and Wales published a report on women in the law in 2019 and came to the conclusion that gender pay exists globally in the profession. A 2021 report from the American Bar Association also came to the same conclusion, noting that pay inequality was the most commonly cited reason female lawyers leave their firms. A 2020 survey, conducted by the Canadian Association of Corporate Counsel and the Counsel Network in 2020, found that Canadian female corporate lawyers earned 11% less than men in the same roles.

The CBA report recommends that federal, provincial and territorial governments enact legislation requiring public disclosure of gender representation and compensation at all levels, including partnerships, for legal employees. This has been done in the UK Since 2017, all companies with 250 or more employees must publish information on the gender pay gap. A 2021 analysis by the UK Law Society, analyzing data from the gender pay reports of 42 major law firms in 2020, found that women in the largest law firms earn on average a fifth less than men, a larger gap than the national average. According to the UK Law Society’s analysis, the average gap in average hourly earnings was 20.3% and that in median hourly earnings was 32.4%. “Reporting alone does not bring change; it should contribute to a comprehensive strategy to improve gender equality,” the UK Law Society concluded.

“Despite the fact that there are legitimate business concerns about confidential information and business practices, private individuals and organizations are still in competition with this information circulating,” said Romanow, staff attorney and executive director of Pro Bono. Law Saskatchewan.

The ABC report also points out that many women feel they pay the price of being able to have children, whether they are pregnant or intend to become pregnant, particularly in private practice. “It’s disheartening that this is still a conversation within the legal profession,” Romanow said. Firms display an “overall fear or expectation” that women of childbearing age will leave, a perception that leads experienced lawyers to offer them fewer opportunities, the report notes. This finding resonates with Suzie Lanthier, civil and commercial litigator at Gowling WLG. “As soon as you announce that you are pregnant at the office, there are no more new files coming in,” said Lanthier, vice-president of the WLF, Quebec section. “That’s it. The tap is off. 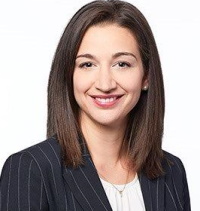 On top of that, it takes a huge amount of time for women who have chosen to have children and take parental leave to jump-start their careers, Lanthier said. Standardizing parental leave and other extended leaves would help reduce the penalization of female lawyers, Lanthier added, echoing the report’s findings. “Men in the workplace should be encouraged to take parental leave to at least try to minimize this stigma towards women of childbearing age,” Lanthier said. “And not just the five weeks of paternal leave, but a real, long leave.”

In addition to encountering fair assignment issues, the CBA report indicates that many female lawyers feel they are not being compensated for all of their work, particularly non-billable contributions or self- saying “pink work”. The ABC report notes that many female lawyers have to bear the brunt of non-billable work, but are not compensated accordingly.

“The organization of internal activities prepared by women is not recognized,” Lanthier said. “It’s something women are supposed to do, not men. It can contribute to a better environment, to the external influence of the company and to maintain the relations with the customers, but when it comes to evaluations, it is not part of the evaluation criteria.

Romanow doesn’t expect the challenges facing women lawyers to change overnight, especially since the legal profession has a well-deserved reputation for pivoting rather slowly. “It will be a work in progress,” Romanow said. “There’s going to be some hard-fought advocacy and battles over this.”

Residence web first A Florida lawyer lied to hundreds of people with disabilities… Trusts and estates Florida attorney lied to hundreds of disabled trust clients, SEC says By Amanda Robert May 4, 2022, 9:27 a.m. CDT The headquarters of the United States Securities and Exchange Commission. The U.S. Securities and Exchange Commission accuses a Florida […]

Bronx divorce lawyer Juan Luciano releases a new article (https://divorcelawfirmnyc.com/is-new-york-state-a-community-property-state/) explaining whether New York is a community property state. The lawyer mentions that filing for a divorce can be complicated. There are many issues to consider along with the emotional tension that the person and their family are facing. One important question during a legal […]